Next generation 1 percenters not keen on living where they grew up: report

Finding future buyers for all those grand old Bridle Path, Rosedale and Forest Hill homes may be difficult, report hints. 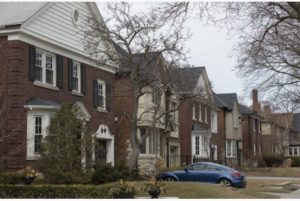 By Susan Pigg, Wed Apr 08 2015
A new survey by luxury realtor Sotheby’s International Realty Canada has opened a window on the 1 per cent and at the same time raised questions about the future of exclusive enclaves like Forest Hill and Rosedale that have been the proud nesting grounds of rich baby boomers for decades.

While the Sotheby’s survey doesn’t tackle the toughest question — who is going to be able to afford those multimillion dollar homes when the bulge of boomers downsize into luxury condos or move on to the ultimate higher place — it’s clear there may be a coming problem, especially in Canada’s two priciest markets, Vancouver and Toronto.

About 20 per cent are getting help from their wealthy parents but are “actively seeking alternative neighbourhoods to the traditional, high-end neighbourhoods of previous generations.”

“Cost of housing is only one consideration,” says the first report of its kind by Sotheby’s Canada which looks beyond the usual luxury home sale numbers to changing attitudes and generation trends among high-end homebuyers.

“We’re finding that how each generation interprets a luxury home and top-tier neighbourhood is changing from one generation to the next,” said Sotheby’s Canada CEO Ross McCredie in an interview. “Who’s buying, what they want, which neighbourhoods they’re heading to — insights into these trends hint at what’s affecting the market now and down the road.”

The findings are based on interviews with 45 of Sotheby’s Top 10 high performers who specialize in the rarified luxury neighbourhoods of Toronto, Vancouver, Montreal and Calgary.

The bigger challenge, however, when it comes to finding future buyers for all those grand old Bridle Path, Rosedale and Forest Hill homes is yet to come, the report hints.

Call them what you will — Generation Y, Millennials, Echo Boomers — now between the ages of 15 and 35, they are about to become the biggest wave of homebuyers in Canada, for now largely condos.

“On the other hand, this group can be characterized as luxury real estate trailblazers, who are purchasing homes in neighbourhoods that reflect an emerging set of social values.”

They will pay up to $1 million for a condo — up-and-coming areas like the eastern waterfront, Distillery District and bustling Yorkville — but have to be close to transit because they don’t want to rely on a car. Over 50 per cent of these buyers will have down payment help from the Bank of Mom and Dad, but also have no desire to live where they grew up.

Give these Moms and Dads some credit, stresses McCredie, most of whom are worth millions now because of an almost 20-year surge in house prices.

Most are setting repayment conditions, or even putting liens on properties they have helped finance, as protection if their child’s relationship ends in divorce, says McCredie.

“Established luxury neighbourhoods hold the least appeal for generation Y, and there are strong indications that this is not simply due to affordability and life stage, but to shifting values that place value on connecting substantively with communities and peers that are more cosmopolitan and global,” says the report.

And baby boomers … well, they may prove to be the biggest surprise of all.

They now make up about 30 per cent of the Canadian population and are set to inherit some $1 trillion from their frugal parents over the next 20 years, Sotheby’s notes.

Wealthy boomers are, in fact, often upsizing into the properties they’ve always wanted, or “rightsizing” into spacious but luxurious multimillion dollar townhomes or condos that allow them the freedom they crave nearing or post retirement.

This article is for information purposes only.
Source: http://www.thestar.com/business/real_estate/2015/04/08/next-generation-1-percenters-not-keen-on-living-where-they-grew-up-report.html