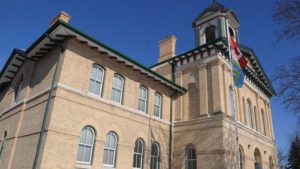 KAWARTHA LAKES — It will likely be one of the most important decisions that will affect the future growth of the City of Kawartha Lakes, and the task force appointed by council to do the background work is seeing firsthand what’s involved.

Chair Mike Barkwell told myKawartha.com that “millions of dollars” in development charges will have a significant impact on new homes as the city grows in the next several years.

At a special meeting on Tuesday (March 10), council heard a recap of the development charges increase, which is being phased in. The task force was created last summer under the previous council when the new bylaw was drafted.

The draft bylaw follows the completion of a development background study, mandated by the Province. The City also held several open houses for stakeholders and the public to ask questions.

Staff presented the background study and the draft bylaw, which proposed a 400-per-cent increase to the charges, the fees developers pay the municipality, funding new growth. But, most developers and real estate agents, in particular, said the increase was too much at once. (Staff said the increase would have added about $27,000 to the price of a new urban home, and $15,000 to a mobile home.)

That prompted then-Ward 8 Coun. Donna Villemaire to move the increase be phased in and that a task force be created to re-examine the capital projects included in the list of those eligible for development charges.

The fees remained the same until Dec. 31 and the first increase of 50 per cent took effect on Jan. 1. A new home in urban Lindsay now faces development charges of $15,364.

On Jan. 1, 2016 the full development charge will apply, which will add $23,995 to a new home. That charge will remain in effect until throughout the life of the bylaw, which is reviewed every five years. That implementation won’t happen until the task force reports its findings to council at the end of April.

On Tuesday, the new council got an overview of the task force’s progress to date, and Mr. Barkwell explained the group (made up of councillors, stakeholders and the public with staff expertise as a ‘backup’ resource) is taking a close look at some of the projects on the list of those eligible for development charges. Some of them, he noted, are questionable.

The City has hired a consultant who will conduct a peer review to examine the rationale behind the background study and ensure the calculations are correct. The task force’s job is to look at the fairness of the study, said Ward 6 Coun. Doug Elmslie, who is on the task force.

Ward 8 Coun. John Pollard asked why the City hired a consultant when there were volunteers on the task force “on such a huge issue.” Director of development services Ron Taylor explained the consultants’ job is to examine the background study and the task force’s responsibility is to see if the study meets the needs and concerns of the stakeholders and the public.

Coun. Elmslie later told This Week the two are “not working at cross purposes” but that it is possible their findings will differ.

“In that case, it will be up to staff to bring forward their recommendations,” he said.

Mr. Barkwell said it comes down to ensuring the background study was done correctly and fairly. And, with so much money in the picture, he noted there must be a careful examination of what capital projects should be on the list of those that are eligible.

Mayor Andy Letham asked if some of the appeals scheduled to go to the Ontario Municipal Board (OMB) could be addressed and even eliminated by the task force’s work, and Mr. Taylor said he was confident that while they may not be eliminated, much could be resolved beforehand.

The report is expected to come before council at the end of April.

This article is for information purposes only.
Source: http://www.mykawartha.com/news-story/5471635-development-charges-task-force-confident-they-ll-be-able-to-bring-report-to-council-in-april/