An excess of ‘experts’ slows the Toronto real estate market 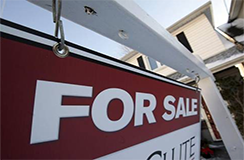 The traditional seasonal slowdown in Toronto’s real estate market appears to have arrived a little early this year.

Most years, the housing market calms in December. Listings fall off and prospective buyers are distracted by the holidays.

Thomas Neal, a real estate agent with Royal LePage Estate Realty in the Beaches, began to feel a little less harried about mid-November.

“You can always tell when listings are down because the number of flyers goes up,” Mr. Neal says.

Scant listings means that real estate agents are trying to draw potential sellers by stuffing flyers into their mailboxes.

Ricky Chadha, also with Royal LePage Estate Realty, noticed that listings suddenly dropped off in mid-November. He thinks sellers are trying to time the market more than they did in the past. Some have decided it’s time to cash in and they want to make the most of it.

“I just feel like people are being too strategic. Everyone’s an expert,” he says. “More often than not, everyone’s second hobby is real estate.”

Mr. Chadha has a sense that people in real estate-obsessed Toronto are frequently online looking at the market. If a house in their neighbourhood sells, they want to know how much their neighbour got. They pop into open houses even when they’re not in the market.

But Mr. Chadha says some of those sellers would be better off listing when no one else does. He likens it to the Black Friday effect – i.e., the best deals are not actually on Black Friday.

“If everyone’s flooding the market during those peak times, there’s the potential to backfire.”

Potential buyers are frustrated at the moment because there’s little to look at, he adds.

He notes that the lack of listings is noticeable in all parts of the Greater Toronto Area.

Mr. Neal says the quiet period seems to have arrived a little earlier this year than in the last couple of fall markets.

“The buyers seemed to have other things on their mind – maybe the election had something to do with it,” he says of the aftermath of the Toronto mayoralty race.

Tight listings have allowed prices to rise because buyers have to compete for the few houses available.

Still, many houses have been selling without any competition at all, Mr. Neal says. The properties that do attract multiple bidders tend to be under-priced to begin with.

He notes that some higher-end properties in the Beaches have been languishing. Often if a property above the $2-million mark hasn’t sold by the beginning of December, the homeowner will pull it off the market and list again in the spring.

Building lots are also still selling briskly, he says, because builders will often sever a wide lot and put up two new houses. He recently heard of one lot listing with an asking price below $400,000 that sold for $650,000.

Throughout October and November, agents have been reporting erratic sales activity.

Mr. Neal is getting calls to evaluate houses for listing but those sellers don’t plan to put out the for sale sign until the spring.

“I’ve been pricing properties with people for February and March.”

As for the outlook for 2015, Mr. Neal points to expectations among some economists that a stronger U.S. economy will lead the Federal Reserve to raise interest rates next year.

Higher interest rates south of the border would likely have an impact in Canada as well.

“It might also give people a chance because there won’t be that rabid bidding,” he says.

This article is for information purposes only.
Source: http://www.theglobeandmail.com/life/home-and-garden/real-estate/an-excess-of-experts-slows-the-toronto-real-estate-market/article21948932/